Christina Applegate Once Took Sir Paul McCartney By Surprise By Stealing A Kiss From The Former beatle In Front Of His Wife. 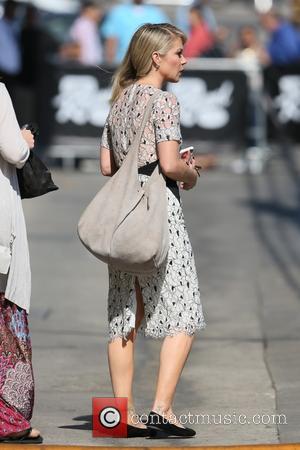 The Anchorman actress reveals the unlikely pair was among the stars taking part in a staged reading of Shakespeare plays, organised by Tom Hanks and his wife Rita Wilson, in 2013, when she decided to make her childhood dreams come true by planting a kiss on the rock idol.

She recalls, "In the play, the director and I decided - and we didn't tell Paul this, I was the only one to have a scene with him - that at the end of the scene, I was just going to plant a big kiss on him. And I did and he was, like, startled.

Applegate admits the whole experience was rather surreal as she and the other guests at the bash were also treated to a personal concert by MCCartney as they rehearsed.

She says, "All day long we're rehearsing and he's doing Hey Jude and Lucy in the Sky With Diamonds, and all you see, and I have video of it, are all these actors, who are pretty well known in their own right, just videoing him with our iPhones like a bunch of nerds. Because you can't believe you're on stage just hanging out with a Beatle and he's singing the music."