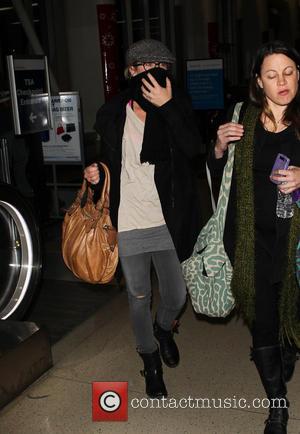 Christina Applegate has ruled out allowing her daughter to become a child star over fears she would be corrupted by Hollywood.

The Anchorman star started out in showbusiness aged just three months old, appearing alongside her actress/singer mother Nancy Piddy in U.S. soap Days of Our Lives.

Applegate went on to grow up on camera, starring as rebellious teen Kelly in 1980s sitcom Married with Children, but she is adamant her two-year-old child Sadie will not be doing the same.

She tells Britain's The Independent newspaper, "I don't want that for Sadie, no. I think that if she chooses to be a performer, she can spend from now until she is 18 honing that and becoming good at it.

"I don't feel that it's a good idea for a young person to start getting money for a talent that is not honed. I don't want her to get stuck. I'm regretful that I didn't get to finish all the schooling that I could have had. Because a lot of child actors, historically, don't turn out great."