Christina Hendricks Was Stunned When Movie Bosses Asked Her To Take On The Role Of Charlize Theron's Mother In New Movie Dark Places Because The Actresses Are Almost The Same Age. 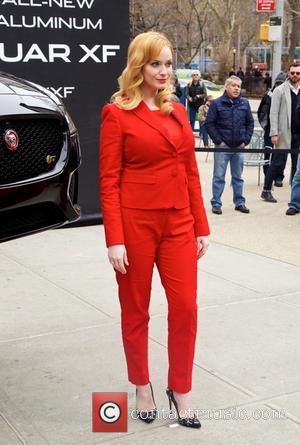 The former Mad Men star is only a few months older than the Oscar winner, but movie bosses needed her for the part after losing the original lead actress.

She says, "I walked on set and they had just lost their other lead to play Charlize's mom (in flashbacks).

"They said, 'Would you consider taking on this role?' and I sort of just froze."

Hendricks stars as Theron's mum in the new film about a young woman reliving her family's murder through memories of the tragic night that occurred when she was a child.