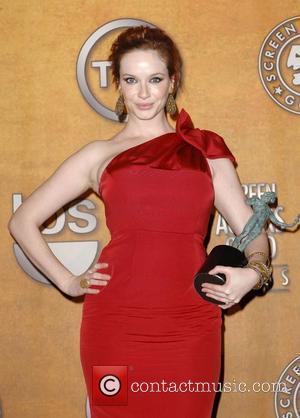 MAD MEN star Christina Hendricks has reportedly seen off competition from Megan Fox to be crowned the best-looking woman in America by Esquire magazine.
The curvy actress is said to have scored 30 per cent of the vote in a readers' poll, landing her first place and a covershoot for the men's magazine.
Hendricks was closely followed by Victoria's Secret model Adriana Lima in second, while Transformers actress Megan Fox was in third, according to JustJared.com.
Esquire editors will confirm the results of their poll in an upcoming issue of the magazine.