Christina Milian has joined the line-up of 'The Voice', taking over from Alison Haislip as social media correspondent. 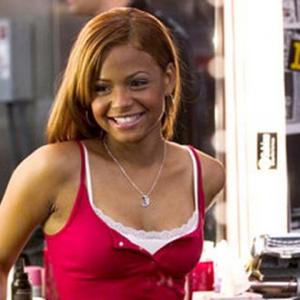 Christina Milian has joined the line-up of 'The Voice'.

The 30-year-old singer will be taking over from Alison Haislip as the new social media correspondent on the NBC talent show, which is judged by Christina Aguilera, Cee Lo Green, Adam Levine and Blake Shelton.

Writing on her twitter page, she said: "I'm officially your eyes and ears behind and beyond the stage for The Voice so if you're a major fan you may wanna follow me! (sic)"

Show bosses have praised the star's "extensive musical background" and "experience as a singer", which will make her perfectly suited to the role.

Paul Telegdy, NBC president of alternative programming, said in a statement: "Christina's extensive musical background and widespread recognition make her the perfect choice for the role of Social Media Correspondent on 'The Voice'.

"Her experience as a singer will provide a comfort level to our artists when they speak to her about the ins and outs of the competition."

However, Christina already has plans to share wardrobes with the judges.

The upcoming second season of 'The Voice' - hosted by Carson Daly - kicks off after the Super Bowl on February 5.