R&b Star Christina Milian Has Taken Her Relationship With Her Rapper Boyfriend Lil Wayne To The Next Level By Detailing Their Romance In Her New Song Rebel. 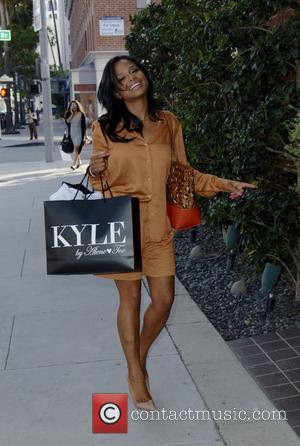 The Dip It Low hitmaker has been linked to Wayne since last summer (14), but she only recently confirmed longrunning rumours they are a couple by confessing she is in love.

Now Milian reveals her latest single is all about her new man.

Admitting the hip-hop star is "special" to her, she tells U.S. news show Entertainment Tonight, "This song for me is so passion-driven and it's about my real life and I think that's what the fans want. There's nothing better than that feeling of that new chemistry, when you're so into someone you really could care less about what anybody else has to think.

"I feel so inspired by the relationship that I'm in. It's like that careless, hopeless-romantic love where it's like, 'Oh my gosh, I will do anything for you,' it's just incredible."

However, Milian, 33, is determined to take the relationship one day at a time.

She says, "I don't put too much pressure on one thing, but I'm just living freely with him and we're both very happy. I feel like if you don't put too much expectations and too much high hopes into things, everything will fall into place."

Milian was previously married to singer/producer The-Dream, but their September, 2009 union fell apart after just three months. She gave birth to their daughter, Violet, in 2010.

She went on to become engaged to producer Jas Prince, but they split last year (14).

Vh1.com: Christina Milian Is 'Turned Up' And Making New Music With Lil Wayne