A New York Judge Has Dismissed Charges Of Assault And Strangulation Against R&b Songwriter And Producer The-Dream Due To A Lack Of Evidence. 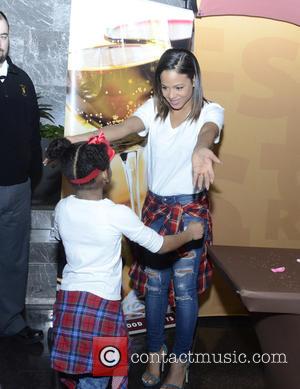 The star, real name Terius Nash, turned himself in to police in May (14) after his ex-girlfriend Lydia Nam told authorities he had attacked her at the Plaza Hotel in New York in April, 2013, when she was heavily pregnant with his child.

The case was adjourned in September (14) to give prosecutors more time to build their argument, but during a hearing in Manhattan Criminal Court on Thursday (12Mar15), Assistant District Attorney Jacqueline Cornell revealed they were dropping the charges.

She told the judge, "After a thorough investigation, the case could not be proven beyond a reasonable doubt."

The case against Nash was subsequently dismissed.

The star was joined in court by his new wife Lalonne Martinez and he has since expressed his "joy" at the prosecutors' decision, simply telling reporters, "I'm relieved."

The-Dream, who was previously married to singer Christina Milian, wed Martinez in July (14).