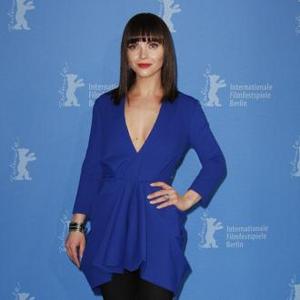 The 'Addams Family' actress will portray animated star Vexi - an evil version of Katy Perry's alter-ego Smurfette - in the follow up to the 2011 movie based on the Belgian comic characters.

Much of the cast from the original film - which starred Hank Azaria (Gargamel), Neil Patrick Harris (Patrick Winslow), Jayma Mays (Grace Winslow) and Sofia Vergara as Odile - are expected to reprise their roles for the sequel, which will see Raja Gosnell return in the director's seat.

The 32-year-old beauty had to lock lips with the 'Twilight' hunk on the set of 'Bel Ami', and she admitted he is a ''good kisser'' and nice to work alongside.

She said: ''Everyone keeps asking me how it is to kiss Robert. He's a good kisser. And I'm not being nice. It's just like that

''He's always the kind of guy that you can look at and go, 'Oh God, this is uncomfortable'. And he's really lovely to work with, especially in those kinds of scenes because he's so quick to laugh at himself - and me. He's very self-deprecating, as am I.''