Christine Bleakley married footballer Chris Lampard just over two years ago but it could have been all very different after a prank he played on her the night before the big day. Talking on Loose Women, the Irish presenter revealed it was very nearly "divorce before marriage". Christine and Frank got married two years ago

Speaking to her fellow panellists on the ITV1 show, Christine revealed the former Chelsea midfielder made her lose her temper with less than 24 hours to go before the wedding.

She said: "The night before our wedding we had the table plans done on one of those sticky boards where you could move the names around.

"I was out working and I came back and Frank and indeed all of my family who were also to blame thought it was really funny to change all the names around on the seating plan.

"They’d all had a few beers having a great time, I’m stone cold sober. They thought it was funny."

Frank confirmed his wife wasn’t lying and said: "We put people together who hate each other."

Christine admitted to those watching the daily show that she lost it with her husband to be and called her reaction a "raging temper".

The pair then played a successful game of Mr and Mrs and revealed their union is back on track. 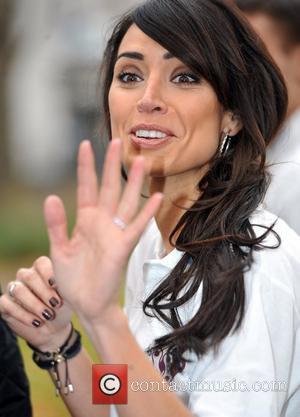