The 28 year-old model was forced to fight back against internet bullies and trolls, who targeted her weight. 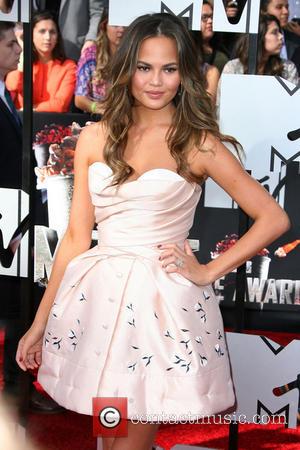 Chrissy Teigen must have one of the most desirable bodies around, but even she can't ignore jabs about her insecurities.

The Sports Illustrated Swimsuit model does not like people talking about her weight, so when online users began sending mean spirited comments her way, she fought back.

The 28 year-old was attacked when she shared an Instagram pic herself at the MTV upfronts on Thursday, (April 24th).

The comments that followed can't of what she had hoped for.

"You gained weight?" one follower rudely asked. "Putting on that weight momma," another added.

However, it only seemed to be the minority of followers who thought Teigen gained a few pounds as most comments were complimentary.

"You are beautiful," one fan said, with another adding, "You're gorgeous inside and out!!!"

Teigen name and shamed the few internet bullies with a screenshot of the offensive remarks, which she posted on Twitter.

"Honestly f--k you all," she tweeted. "Why do I even open anything up to you."

"In what other real life situation would you walk up to someone and tell them they're fat or gained weight? Seriously you are POS," her lengthy rant continued. "I don't know why I am always surprised when you let me down. I gotta get used to this s--t. It's amazing to me that I am told to get over the a--holes but the a--holes are never told to stop being pieces of s--t. Anyhow over and out."

However, Teigen seemed to have had a night to reflect on her outburst because on Friday morning the wife of John legend sent out a tweet apologizing for it.

"Had a long day yesterday and finally lost it. Better now," she posted. "Sorry for saying fuck all of you. Just some of you. Like a tiny percentage of you."

This is one model you don't want to mess with!