Chrissy Teigen has thanked her fans for their support since since revealing she and husband John Legend have been battling infertility. 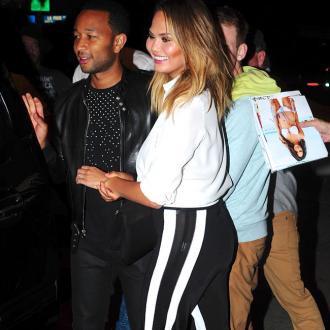 Chrissy Teigen is grateful for the support she has received since revealing she and husband John Legend have been battling infertility.

The 29-year-old model took to Twitter on Friday (18.09.15) to thank her fans for sending her ''kind, encouraging'' messages shortly after she admitted she and the Grammy winner, 36, were ''having trouble'' conceiving their first child.

The Sports Illustrated beauty tweeted: ''Regarding the IVF business, I have never gotten so many kind, encouraging words in my life. You guys are awesome and appreciated.''

Chrissy confessed during an emotional chat with Tyra Banks on new daytime talk show FABLife earlier this week that she and the 'All of Me' hitmaker have been through a ''process'' in the last few years regarding starting a family.

She said: ''John and I were having trouble. We would have had kids five, six years ago if it had happened. But my gosh, it's been a process.''

''Every single time I sit down for an interview with anybody ... I will say, just being two years into being married, the questions just come from all over.

''It's kind of crazy because I can't imagine being that nosy to be like, 'So, when are the kids coming?' because who knows what somebody's going through.''

And it appears Chrissy has no regrets about sharing her story.

She also tweeted: ''It makes me really happy that by @tyrabanks and I sharing our stories and struggles, a lot of you feel like you can do the same and not feel ashamed!''