Chrissy Teigen has made an emotional admission that her and John Legend were ''having trouble'' with fertility and have been through a ''process'' in the last few years. 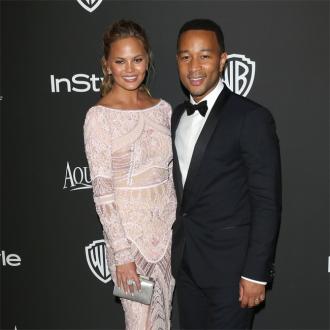 Chrissy Teigen and John Legend were ''having trouble'' with fertility.

The 'Sports Illustrated' model has made the emotional admission that her and the 'All of Me' hitmaker have been through a ''process'' in the last few years regarding starting a family.

She said: ''John and I were having trouble. We would have had kids five, six years ago if it had happened. But my gosh, it's been a process.''

The 29-year-old beauty also admitted she finds it tough being asked about having children all the time.

Speaking on her and Tyra Banks' new daytime talk show FABLife, she said: ''Every single time I sit down for an interview with anybody ... I will say, just being two years into being married, the questions just come from all over.

''It's kind of crazy because I can't imagine being that nosy to be like, 'So, when are the kids coming?' because who knows what somebody's going through.''

Meanwhile, Chrissy previously revealed she wants lots of children with the 36-year-old singer.

She shared: ''We want a lot of kids. I would love to have three or four of my own, and then adopt a few. So basically I'll be pregnant the rest of my life.

''You look at Kim [Kardashian West] and see how women's bodies just become so beautiful. [The thought] of getting boobs thrills me. And John loves pregnant women.''