Chrissy Teigen has admitted she likes to start arguments with her ''calm'' husband John Legend because she's bored and wants to liven it up a little. 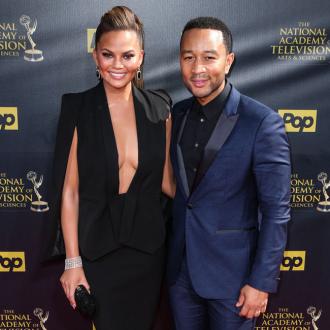 Chrissy Teigen likes to start arguments with her husband John Legend just for the sake of it.

The 29-year-old model has admitted her 36-year-old singer spouse, who she married in 2013, ''doesn't get riled up very easily'' and she really has to push his buttons if she wants a fight.

Speaking to 'Entertainment Tonight,' she said: ''He's so calm. He just has a really good soul and a good heart. There's not really much that can go wrong when that is there - nothing really triggers him or sets him off.''

She added with a giggle: ''The fights are always crap. There's stuff that I just make up just to have a fight.''

The brunette stunner opened up about her struggles to get pregnant on her new talk show 'The FABLife' with Tyra Banks earlier this month and, although it was tough revealing her heartache to the world, she has wanted to speak out about her problems for a while now.

Chrissy believes she and the 'All Of Me' hitmaker would have had ''four or five'' children by now if not for conception difficulties they've experienced.

She said previously on the show: ''John and I were having trouble. We would have had kids five, six years ago if it had happened. But my gosh, it's been a process.''