Chrissy Teigan's Marriage Ultimatum To John Legend: "If It's Not This Year, I'm Out"

Having dated for seven years and being engaged since December 2011, Chrissy Teigan told her fiancé that they had to marry by the end of this year or it's over. 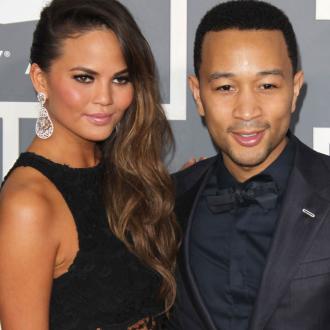 American model Chrissy Teigen has given an ultimatum to her Grammy Award-winning boyfriend John Legend: he has until the end of the year to marry her. Teigen has been dating Legend for seven years, before the 27-year-old became engaged to him in December 2011. However, after the date being pushed back several times, Teigen has finally announced that Legend is to marry her by the end of 2013, or she's "out". She lamented: ''We keep pushing the date.''

Related: Reason #3496 To Like Chrissy Teigen: Her "Drunk" First Pitch

After being asked about when they might be married, Teigen revealed:'' Definitely this year, but this year just started. If it's not this year, I'm out.'' The model, known for being a Sports Illustrated cover girl, suggested that they got engaged for the first time because they had been receiving a lot of pressure from family and friends, and said harassment has not stopped since the engagement.

Related: John Legend Admits He "Wasn't Like 'This Is the Woman I'm Going to Marry'" When First Meeting Wife Chrissy Teigen

In an interview with 'New York Daily News', Teigan revealed: ''We were sick of people saying, 'When are you getting engaged?', so we did. And now everyone's asking when we're getting married.'' Despite pressuring Legend to tie the knot, Teigan also explained that she wants to actually start a family before actually marrying him. She confessed: ''You know. I'm doing it backwards. I'm going to get de-engaged, then have a baby, then get married.''