Tyra Banks And Chrissy Teigen's New Daytime Talk Show Fablife Got Off To A Messy Start When The Retired Model Spilled Red Wine All Over The Pin-up's Designer White Dress. 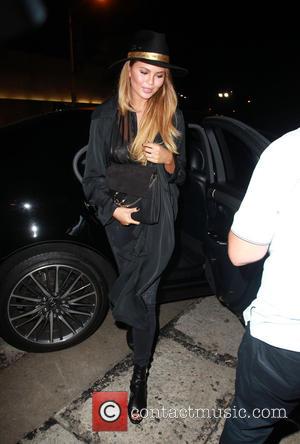 Gossip around the show suggested that the two catwalk stars were not getting along, as they were reported to be "barely speaking" after the filming of a pilot last year (14).

They even joked on social media about their supposed on-set rivalry, with Teigen writing on Twitter.com, "I am just excited I'm cool enough to be in on-set feuds now! We need to write passive aggressive raps about each other now."

Now new footage of their first day on-set has emerged, showing the pair getting even more catty with each other, with Banks 'accidentally' tipping an entire glass of red wine down Teigen's pristine dress after getting a push from co-host Joe Zee.

Viewers will find out if the pair's feud will continue on camera after the first episode of FABLife airs in America on Monday (14Sep15).