Christoph Waltz Has Mixed Feelings About His New Star On The Hollywood Walk Of Fame, Because He Dreamed Of 'Gleaming' Next To Buster Keaton And Peter Lorre's Plaques. 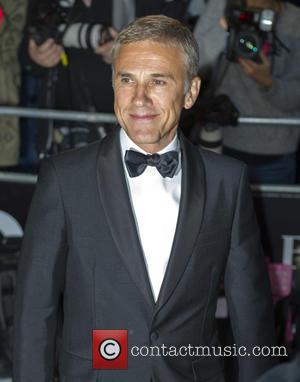 The Inglourious Basterds star unveiled his star in December (14), but he confesses it wasn't where he'd dreamed it would be when he first visited Hollywood Boulevard years ago.

"I'm a big admirer of Keaton's, apart from the fact that we share the same birthday," he says. "I saw that the star next to Buster Keaton's was empty, and I noticed on the other side of Keaton's star was Peter Lorre's. I jokingly said, 'Oh, that one between Keaton and Lorre, that's got to be my star...'

"The next time I came across it, the star was taken. That was my star!"

But he's not too sore about the placement of his new star, outside longtime Hollywood hang-out Musso & Frank Grill, adding, "It's my favourite restaurant in L.A., so I'm quite happy with that."