It Comes At Night Review

This sharply original horror film not only approaches its premise from an unexpected angle, but it creates characters who add a psychological depth that makes the film far more involving than expected. And scarier too. Writer-director Trey Edward Shults is doing a lot more than just frightening the audience with an enigmatic post-apocalyptic story, he's also provoking thought with some seriously intriguing subtext.

It's set in an isolated farmhouse that's been boarded-up to fend off the chaos outside, where a grisly disease has swept across America, killing everyone who contracts it. After his father-in-law (David Pendleton) dies from the illness, Paul (Joel Edgerton) is desperately trying to protect his wife Sarah (Carmen Ejogo) and 17-year-old son Travis (Kelvin Harrison Jr.). So when a stranger, Will (Christopher Abbott), turns up, he reacts harshly. But Will tells him that he's only looking for supplies to help his wife Kim (Riley Keough) and their young son Andrew (Griffin Robert Faulkner). Hesitantly, Paul and Sarah bring this family into their home. But the layers of mistrust grow between them, always with the added tinge of terror that one of them might be infected with this extremely contagious disease.

The story is told through Travis' eyes, as he watches and listens to the unsettling paranoia creeping up around him. This includes his freaky nightly dreams, followed by roaming alone though the pitch-black house. All of the actors are terrific at capturing the earthier edges of their characters, with moments of humour and compassion contrasting against their darker suspicions. Harrison adeptly provides the audience with an entry point into this situation, while Edgerton anchors the movie as a man so consumed by his fear that he's not quite in control of his actions. Everyone tries to talk some sense, but for him this only makes them less trustworthy. Each of the actors stirs some suggestive ambiguity into his or her performance, making the audience wonder as well.

It Comes At Night - Trailer and Clips

Forests can be mysterious and bewildering places, but for Paul and his family it is one filled with horror and - at least at nighttime. When he meets a family of three in the vast woodland surrounding his home, he is of course suspicious about their journey. Nonetheless, he provides them with shelter at his boarded up house, with the strict condition that all rules regarding their security will be followed to the letter. They must only go out in groups, there is only one way in and out of the property and that door must be kept locked with only one set of keys which are on Paul's person at all times, and most importantly, they must never go out after dark. Of course, when the door is found to be open one evening, no-one is admitting to leaving it unlocked. Naturally, the two families start to become seriously mistrustful of each other and the real monster of the story makes his face known.

Continue: It Comes At Night - Trailer and Clips

Being over 40 and a female journalist in the city means you don't necessarily get the good projects to work on. Kim Barker is just one of those women and she's in need of a new dose of... something. Her relationship is static and her life hasn't exactly become the success story she hoped it would.

When her news organisation is looking for some new field reporters, Kim decides that it might be the chance she's looking for. Sure, the new job might be based in Kabul, but it's got to be better than what she's got. Arriving in the foreign land, she's sent to 'the fun house', a name given to the building where all the foreign journalists live. Learning how to report from two countries and moving back and forth with armed escorts soon becomes the norm for Kim and she develops a an affection for a country most would be wanting to distance themselves from.

As well as reporting - often menial - stories, Kim quickly becomes absorbed in the local way life as well as finding a few new friends also living in the fun house. Whiskey Tango Foxtrot is based on Kim Barker's memoir The Taliban Shuffle: Strange Days in Afghanistan and Pakistan.

James White is in his twenties and struggling to cope with the stresses that life keeps throwing at him. His mother Gail is seriously ill, and while he's happy to be there for her, he is desperate for some time away from New York to re-evaluate his life. Unfortunately, his vacation just turns into a whirlwind of self-destruction; indulging in more drugs, drink and generally less than honorable behaviour than ever before. He insists that his return will bring some real changes in his life, he might even get a job, but it's clear to his family and the people who he meets along the way that he's got a long way to go before he can take adulthood by the horns and learn some responsibility. He needs the love of his mother right now, but he's too terrified at the thought that she might leave him any day. 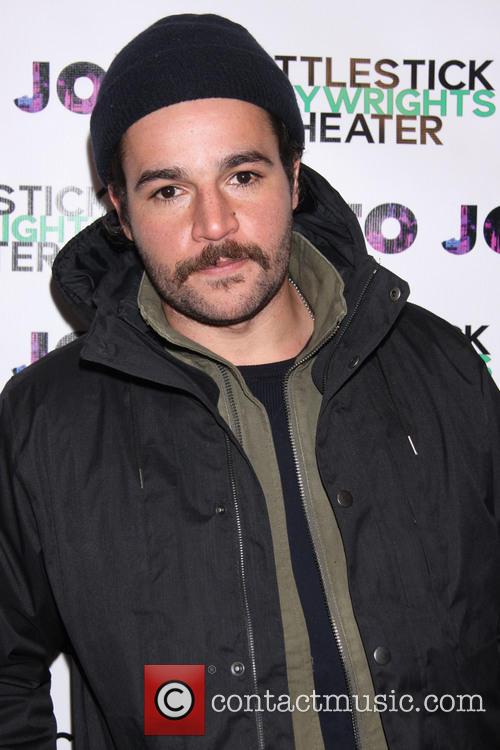 Was Christopher Abbott Booted Off 'Girls'?

Amid reports of disagreements with Lena Dunham, Christopher Abbott has announced that he won't be returning for the next season of Girls.

After reports recently started circulating that Christopher Abbott, who plays the character of Charlie on HBO’s Girls, wasn’t exactly getting along with the show’s creator Lena Dunham, the announcement has now been made that he will not be returning for Season 3. A source alleged: "They’ve just started work on Season 3, and Chris is at odds with Lena. He didn’t like the direction things are going in, which seems a bit odd since the show put him on the map."

Creative disagreements? It’s possible, but Abbott’s rep didn’t let anything slip in his statement, confirming the news: "(Chris) is grateful for the experience of collaborating with Lena, Judd (Apatow), and the entire ‘Girls’ cast and crew, but right now he’s working on numerous other projects and has decided not to return to the show.”

So what exactly are these other projects? A role on a rising HBO series seems like a cushy gig, so the actor must have something equally as exciting lined up, right? Well, his next film is the indie flick The Sleepwalker. Hardly a step up from Girls. Meanwhile, Lena Dunham didn’t seem the least bit fussed about the actor’s departure, and instead devoted her Twitter stream to praising the current It-girl of pop, Taylor Swift.

Christopher Abbott's character Charlie appeared to written in more prominently for season two of Girls, though he has left the show.

Just when things were hotting up between Christopher Abbott's character Charlie and Allison Williams' Marnie on HBO series Girls, the actor has abruptly left the series due to issues he was having with creator Lena Dunham. Abbott played Marnie's college sweetheart Charlie, a sort of weedy good-looking New Yorker who ends up becoming super-desirable after setting up his own social media company and renting a swanky office in Manhattan.

Anyway, his character was just beginning to gain a little prominence in the show - which follows the lives of various twenty-somethings in Brooklyn - when he had an almighty row with Dunham over the direction of season three. They've just started work on Season 3, and Chris is at odds with Lena," a source said. "He didn't like the direction things are going in, which seems a bit odd since the show put him on the map," said a source familiar with the discussions.

Abbott's representative offered little in the way of a full explanation for his sudden departure, though did say, "[Chris] is grateful for the experience of collaborating with Lena, Judd[Apatow], and the entire 'Girls' cast and crew, but right now he's working on numerous other projects and has decided not to return to the show." He recently appeared in the indie movie 'Burma' which debuted at SCSW last month and is set to star in drama 'The Sleepwalker' from director Mona Fastvold. The movie tells the story of a woman whose life is shattered over the course of a long weekend when her estranged sister Christine arrives unannounced in the middle of the night, with no memory of how she got there.

'Burma,' starring Christopher Abbott, is a highlight of this year's SXSW film line-up.

You may well recognise Christopher Abbott, the star of domestic drama 'Burma' which debuts at the South by Southwest Film Festival on Sunday (March 10, 2013). The 26-year-old is perhaps best known as Charlie, the down-on-his-luck former boyfriend of Marnie, turned social media guru, in Lena Dunham's HBO series 'Girls'.

In 'Burma,' written and directed by Carlos Puga, Abbot and Gaby Hoffmann (Uncle Buck) play siblings forced to take in the father who abandoned them and their dying mother a decade earlier. Addicted to drugs and still mourning the loss of his beloved mother, Abbott's character Christian reluctantly agrees to take in his father, plunging an already volatile family into further chaos. Director Puga has by no means a glittering credits reel - working as producer for MTV's documentary series 'True Life' and directing the short film 'Satan Since 2003' - though 'Burma' is creating serious buzz ahead of its screening at the Alamo Ritz at SXSW this weekend. Should any South By Southwest attendees miss the screening, it's also showing on Monday afternoon (March 11) and Wednesday morning (March 13).

By Rich Cline
Excellent
With a disturbing tone and skilful filmmaking, this insinuating drama completely unsettles us as it delves into the mental life of its central character. And it has a lot to say about how relationships affect us.

After going missing for two years, Martha (Olsen) phones her sister Lucy (Paulson) for help, then goes to stay with Lucy and her husband Ted (Dancy) in a lakeside house. Martha says she's been living with a boyfriend, but actually she was in a cult-like commune with her friend Zoe (Krause), working a farm under the leadership of the charismatic Patrick (Hawkes). Renamed Marcy May, she was coaxed into sharing everything there, including her body, and now she's not quite sure what's real and what isn't. And also whether she actually got away.