Christopher Meloni hung up his Law and Order detective badge to make his debut on 'True Blood' on Sunday evening (June 17, 2012), playing a 500-year-old vampire who sits at the head of the table of the Vampire Authority.

The Emmy-nominated actor has joined the HBO show as 'Roman', whose mission is to get his blood drinking friends to live peacefully with humans. Speaking to the Hollywood Reporter, the television star said the driving force behind his character is the "rightness of his cause", adding, "His unbending drive to get what he wants.I think on the outside if you're with him, you agree and you want to follow someone like that. If you disagree, then you think he's a fanatic". He certainly made an entrance on Sunday's show, producing a small box containing an ceremonial dagger, which he proceeded to cut himself with to give his followers some sort of communion. He later confronted Bill and Eric about the disappearance of Nan Flanigan. Meloni says he has always been a fan of True Blood, and felt privileged to begin work on a new show after years of seeing actors come and go on the set of Law and Order, saying, "I was now the guest after having a decade of witnessing people being guests on my show.I got a kick out of that. It was a lot of fun to see how another set was run."

The actor is also working on Zack Snyder's Superman reboot 'Man of Steel', as well as biopic of the Brooklyn Dodgers star Jackie Robinson. 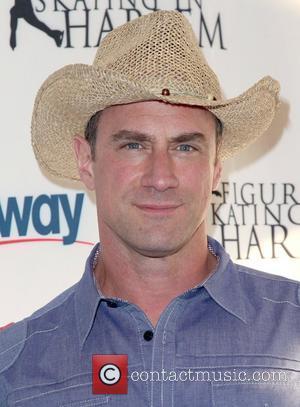