'Interstellar' director and co-writer, Christopher Nolan, preferred to use more practical special effects in the science fiction film because he ''loves to work from reality''. 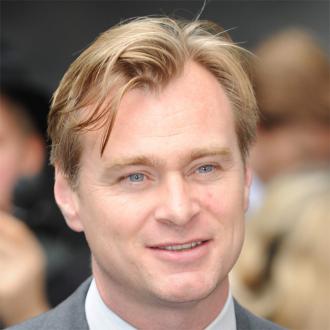 The 44-year-old - who directed and co-wrote the science fiction film - wanted to create a ''realistic'' atmosphere for the actors on set as much as possible.

Speaking in a behind-the-scenes video posted on CBM Trailers's YouTube channel, the movie's SFX supervisor, Scott Fisher, said: ''Chris wants us to do as much as you can practical.

''If you can achieve it in camera, that's always the goal.''

Producer, Lynda Obst added: ''He takes us to these exotic locations and creates a planetary atmosphere.

''He's filling the screen with a real image that feels real because it is real.''

Meanwhile, John Lithgow, who plays Donald in the film, recounts how Christopher created a particular scene with a dust cloud.

He explained: ''He loves to work from reality. When we turn around and say: 'Uh oh, a dust storm, you figure you were just gonna look at an empty landscape and they just put it in later for us so we would have to pretend. No.''

Christopher added: ''For me, when you're dealing with the vastness of the universe, it's going to have to be the most ambitious film you've done. That takes a number of different forms.''