Warner Bros. have reportedly approached Christopher Nolan to direct 'The Twilight Zone' remake with Alfonso Cuaron, Michael Bay, David Yates and 'Rise of the Planet Of The Apes' Rupert Wyatt also on a shortlist. 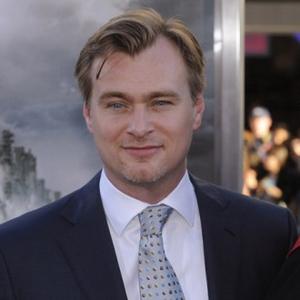 The 'Inception' director is reportedly the frontrunner being considered by Warner Bros. studio on a list which also includes Alfonso Cuaron, Michael Bay, David Yates and 'Rise of the Planet Of The Apes' Rupert Wyatt to take charge of a reimagining of the 1983 movie.

Leonardo Dicaprio is developing the movie through his Appian Way production company, while Jason Rothenberg has written the most recent draft of the top secret script which will feature one single storyline rather than four stand-alone segments like in the previous movie.

If Christopher turns down the offer, 'Transformers' director Michael Bay is said to be "intrigued" by The Script, although filming could clash with his work on 'Pain and Gain', a black comedy set in the world of competitive bodybuilding.

He said: "We have the third Batman, but then we'll have to reinvent Batman. Chris Nolan and Emma Thomas will be producing it, so it will be a conversation with them about what the next phase is."