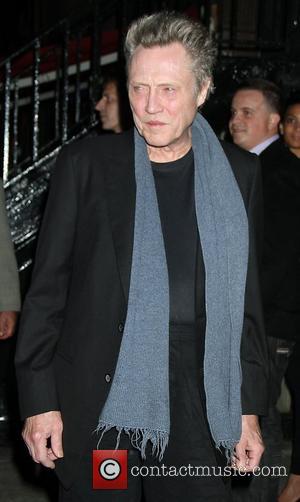 Christopher Walken’s Honey Boo Boo reading has caused a bit of a stir.

Whilst filming a press junket interview for the actor’s new film, the trio of stars were asked to read lines from a mock-audition for the Honey Boo Boo Movie, with all exceeding in their roles. The show, which airs on The Learning Channel, teaches viewers how a Georgian family go about their daily lives and struggles, with the actors reciting some awe-inspiring lines lifted directly from the show including: “My momma has told me in the past that if you fart 12-15 times a day, you could lose a lot of weight, so I think I'm gonna lose a lot of weight.”

The actors all gave themselves a well deserved pat on the back after the mock-audition was over, with the Brit actor Rockwell commenting, “I like this, you're thinking outside the box. Best interview all day am I right?”

Meanwhile, back in Douglas, Georgia, an estimated 600 fans lined up along the street last Saturday (October 6, 2012), as the seven-year-old Honey Boo Boo, or Alana Thompson as it says on her birth certificate, and her mother June Shannon, or ‘Mama’, made a public appearance whilst endorsing a heap of Boo Boo merchandise.