Lorre told The Hollywood Reporter at a preview of 'Young Sheldon' that "one could easily presume" season 12 would be the end of 'TBBT'.

A pop-culture phenomenon for more than a decade, smash CBS comedy ‘The Big Bang Theory’ shows no signs of stopping any time soon, but the series’ co-creator Chuck Lorre offered some unofficial insight into its future – and admitted that season 12 could “easily” be a natural end-point.

A consistent ratings winner even on repeat airings and guaranteeing prime advertising real estate, Sheldon, Leonard, Penny and co. have been on the air since 2007, with CBS ordering up two new seasons earlier this year, spanning 48 episodes that will take ‘The Big Bang Theory’ up to the end of a twelfth season.

There’s no formal word on what lies beyond that for the show, but its co-creator revealed to The Hollywood Reporter at the Television Critics Association’s summer press tour on Tuesday (August 1st) that they might be building up to the end.

Continue reading: Chuck Lorre Admits Season 12 Could Be The End Of 'The Big Bang Theory' An extract of Jon Cryer's autobiography has been released and it details some very interesting, if not somewhat disturbing, incidents from Cryer's experience working with his former 'Two and a Half Men' co-star, Charlie Sheen.

Jon Cryer's autobiography, So What Happened?, is due to be released on April 7th. Fortunately for us, some of the most interesting sections have been pre-released and they largely concern the antics of Cryer's former Two and a Half Men star, Charlie Sheen. 49-year-old Cryer's depiction of Sheen is similar to how he is depicted in the public eye: wild, controversial and frequently embroiled in unusual relationships. Jon Cryer's autobiography will be released in April.

Read More: Two And A Half Men Star Jon Cryer Reveals What It Was Like To Work With Charlie Sheen.

49 year old Cryer kept professional and quiet during the Sheen sacking controversy four years ago, but his new memoir reveals all.

Charlie Sheen’s antics over recent years have become the stuff of legend, but one of the closest people to him kept largely quiet about what it was like to work alongside him. Until now.

Sheen’s ‘Two and a Half Men’ co-star Jon Cryer, except for a small handful of interviews, has never spilled the beans on what it was like to be around him on a daily basis, wisely choosing to quietly get on with his job and earn millions of dollars as part of the wildly popular comedy. Continue reading: 'Two And A Half Men' Star Jon Cryer Reveals What It Was Like To Work With Charlie Sheen

'The Big Bang Theory' creator Chuck Lorre expresses his sorrow at the death of Leonard Nimoy in a moving tribute in his post-episode vanity card - almost three years to the day that the veteran actor lent his voice in one episode of the geek sitcom. In a segment usually reserved for long jokes and general rambling, Lorre posted a black and white photography of Leonard Nimoy with the simple yet touching caption reading: 'The impact you had on our show and on our lives is everlasting', following the latest episode which aired in the US on March 5th 2015 on CBS.

Charlie Sheen's Character Choices For "Two And A Half Men" - Skip It Or Death By Piano?

Well, Sheen did warn us in advance.

So if you've been keeping up with Two and a Half Men, you've noticed two things - first off, it ended. Second, there was a notable lack of Charlie Sheen in the final episode. After Uncle Charlie's return was teased online for months on end, fans expecting to see the tiger-blooded star were disappointed on Thursday night, when the episode aired and uncle Charlie was a no-show. No Charlie Sheen in the finale? Then what was the point of all this?

We may never know the behind-the-scenes reasons for his absence, but here's what happened to the fictional character - and why he didn't make it into the finale.

Continue reading: Charlie Sheen's Character Choices For "Two And A Half Men" - Skip It Or Death By Piano?

Big Bang Theory Stars Eye $1m Per Episode, And They'll Probably Get It

With 19 million viewers, CBS will probably pay up than lose their most successful show for an eighth season

It has been reported that the stars of CBS’ hit comedy, The Big Bang Theory, are demanding $1m per episode as they conduct contract talks ahead of production on season 8.

'Two and a Half Men' is set for a gay wedding.

Though we probably shouldn't have ruled out anything given the past couple of years on 'Two and a Half Men', but we really, really didn't see this one coming. According to The Wrap, Ashton Kutcher's character Walden is to propose to Jon Cryer's Alan in the show's final season. Mila Kunis [L] guest starring on 'Two and a Half Men' with her partner, Ashton Kutcher [R]

"Walden has a near-death experience," CBS entertainment chief Nina Tassler told the industry website, "It forces him into sort of this existential quandary and to evaluate the meaning of his life, the quality of his life, which prompts him to say, 'I need to put down deeper roots.' And he wants to adopt a child."

Continue reading: Ashton Kutcher's Character To Marry Jon Cryer On 'Two And A Half Men' 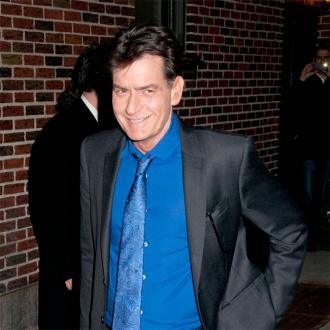