The star was found unresponsive in her Californian home.

It is with a great sadness that we reveal that former WWE wrestler Chyna has passed away suddenly at the aged of 45, following past struggles with drugs and mental illness. The news was confirmed on Twitter, though it is not known yet how she died. Chyna found dead in her home

The wrestling diva, who competed at the Royal Rumble and King of the Ring in the 90s and was named the number one contender in the WWE Championship (though when it was named WWF), was found dead at her home in Redondo Beach, California this week having failed to get into contact with friends for several days.

Her manager Felix broke the news to her fans on her Twitter page. 'It is with deep sadness to inform you today that we lost a true icon, a real life superhero', he said. 'Joanie Laurer aka Chyna, the 9th wonder of the world has passed away. She will live forever in the memories of her millions of fans and all of us that loved her.'

While it's not known yet exactly what she died of, her general health was severely questioned this week when she released a video talking about opening a fresh food delivery business. Though it was apparent it was early in the morning, she nonetheless did not appear entirely with it. She was slurring her words, appearing bleary-eyed and more than a little confused at times as she whipped up a morning smoothie.

It's been very well documented that the star was suffering with drug and alcohol addiction during her pornography career, not to mention mental illness, and even appeared on 'Celebrity Rehab with Dr. Drew' in 2008. However, that same year she was also rushed to hospital when she was found unconscious during a party with cuts on her arms. She also overdosed on sleeping medication in 2010, and was apparently taking medication for anxiety and insomnia around the time of her death. On the other hand, only two months ago did she release a video talking about her healthy lifestyle; from health drinks to hot yoga.

Whatever the cause of Chyna's untimely death, it remains a sad day for wrestling fans across the world.

#RipChyna ?????? all of us on team Chyna love you and will love you forever babe. 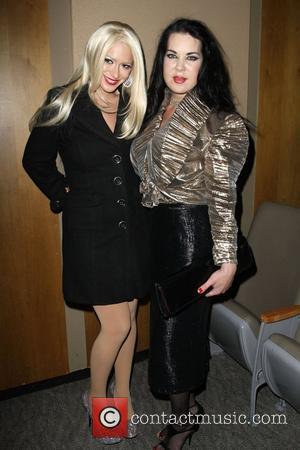