Ciara has filed more documents to the court in her ongoing defamation lawsuit against her baby daddy Future, claiming that she fears the rapper could murder her fiancé, NFL star Russell Wilson, it has been reported.

The 30 year old R&B star has cited “frightening” and “socially irresponsible” behaviour on the part of Future, with whom she has a two year old son (also named Future), that has led her to fear for Seattle Seahawks quarterback Wilson’s life, TMZ reported on Tuesday morning (July 5th). Ciara with her fiance Russell Wilson in 2016

She has apparently also pointed to Future’s recent track ‘Juice’, in which he raps: “Tryna f*** my baby mama, dog what’s up with you? You gon’ make me get that heat, I’m pulling up on you” as evidence that he has an irrational temper that might place Wilson’s life in danger.

Future, to whom Ciara was briefly engaged from 2013 to 2014, has denied posting the emojis in question, saying they originated from a fake social media account. In response to today’s report, he has taken to Twitter to write: “Wish everyone could move on like me… that's my only wish.”

Back in February this year, Ciara launched a $15 million lawsuit claiming that her ex’s “venomous” media interviews, casting aspersions on her suitability as a parent and revealing details about her private life, had damaged her career.

Future dropped a countersuit against Ciara a few months later, having won joint custody of his young son, a move he retracted because he didn’t want to jeopardise future access to him.

More: Ciara believes Future lashed out at her because he’s “jealous” 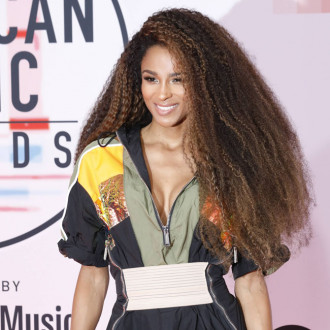