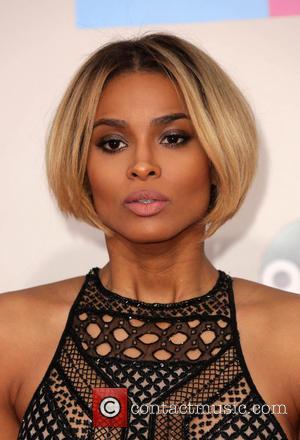 R&B star Ciara has confirmed reports she is pregnant with her first child by showing off her growing baby bump on U.S. Tv show The View on Tuesday (14Jan14).

The Goodies hitmaker became engaged to wed her rapper beau, Future, in October (13) and rumours soon surfaced suggesting the couple was set to become parents after Ciara appeared to be sporting a bulging stomach during a performance at the Paper Magazine Nightlife Awards in New York.

Future fuelled the speculation by dodging questions about the baby claims during a radio interview in November (13), but Ciara can hide her pregnancy no more and she decided to make the big announcement during an appearance on The View.

Asked by show co-host Barbara Walters if she wanted to comment on the baby rumours, she said, "Of course I would love to...", before standing up and opening her long, sleeveless waistcoat to cradle her bump.

The couple has been dating for over a year.

The kid won't be Future's first - he recently agreed to pay child support to ex-girlfriend Jessica Smith after she proved he had fathered her 10-year-old son, and last February (13), he was hit with a second paternity lawsuit by a Georgia woman who claimed she had given birth to his lovechild in December, 2012.