Platinum-selling artist Ciara has admitted she is ''far from perfect'', but claimed her career is still comparable to the likes of Rihanna and Beyonce. 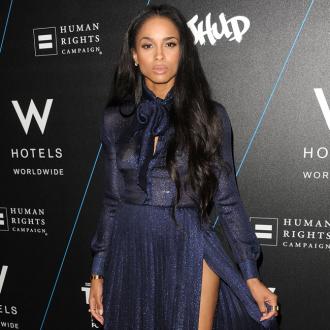 Ciara is ''far from perfect''.

The 29-year-old singer, who has a 12-month-old son, Future Zahir Wilburn, with rapper Future, said the public has wrongly perceived her to be a perfectionist - which isn't the case.

She shared: ''Over the years, there was a perception I was trying to be too perfect. I'm far from perfect.''

Ciara separated from the father of her child shortly after giving birth and the 'Goodies' hitmaker - whose sixth studio album, 'Jackie', was released earlier this month - admitted she'd love to spend more time with her tot.

She told The Guardian newspaper: ''He took four steps today - 1-2-3-4. If I could, I'd be around him every second of the day, but baby's gotta eat and baby ain't cheap.''

The platinum-selling artist also said her career can be fairly compared to the likes of Rihanna and Beyonce, despite them both attracting more attention.

Ciara said: ''You know what I think? Everything's about timing. I've had records just as big as those artists, I've had No 1 songs around the world. My biggest competition is me.