Max Morden is an art historian who's determined to re-discover his own history following the heart-breaking death of his ill wife. In a bid to re-visit his childhood, he descends upon an idyllic seaside town where he enjoyed much of his summer holidays alongside the Grace family. The boarding house he used to visit is now run by Miss Vavasour and is co-inhabited by a peculiar man named Blunden, and his own daughter is anxiously trying to convince him to return home. Instead, he reflects upon his time as boy, where he found himself infatuated with the dazzling Mrs. Grace and subsequently drew closer to her children, the hypersexual Connie and her brother Myles. He begins to remember significant details from his time there, including an affair between the children's nursemaid Rose and another member of the household, and starts to wonder just how accurate his childhood memories are.

Disney learns a lesson from Pixar's Brave, giving these orphaned princesses some feisty purpose that doesn't depend on a man. Everything else about this movie is fairly formulaic, including the requisite goofy sidekick character. But the frosty animation adds a stately, dramatic tone that's picked up by Broadway-style songs and just a hint of moral complexity in the story, which is based on Hans Christian Andersen's story The Snow Queen.

With her ability to freeze anything at a touch, young Queen Elsa (voiced by Menzel) has spent her life hidden away in the castle. No one can know her secret, including her restless little sister Anna (Bell), who meets her dream man in Hans (Fontana) on the day of Elsa's coronation. But Elsa's startled reaction to this news triggers an ice age in the kingdom, which sends Elsa fleeing to hide in the mountains. So Anna decides to track her down. She enlists help from local delivery boy Kristoff (Groff) and his pet reindeer, and as they head into the hills they encounter one of Elsa's newest creations: a singing, dancing, scatterbrained snowman named Olaf (Gad).

The winter wonderland setting gives the animators a lot to work with, and the imagery is spectacular. We actually shiver at the gleaming ice and snowy landscapes, which are so detailed that they make us want to see the film again. The characters are also sharply rendered, although they're designed without much subtlety, including the usual Disney physicality in the girls' big-eyed Barbie-like figures. But the plot keeps us off balance by, for example, giving Anna two eligible men to choose between. And also by making Elsa so internally conflicted about her unwanted powers. 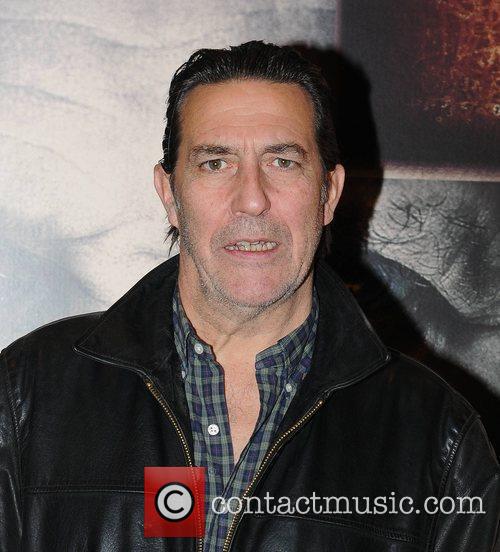