Acting Veterans James Earl Jones And Cicely Tyson Are Set To Reunite On The Broadway Stage For The First Time In Almost 50 Years For A New Production Of The Gin Game. 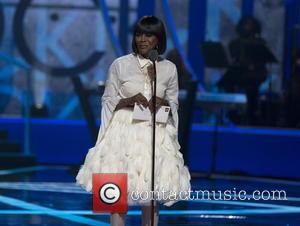 The stars will follow in the footsteps of Hume Cronyn and Jessica Tandy, who originated the roles in the Pulitzer Prize-winning D.L. Coburn play in 1977, and Charles Durning and Julie Harris, who starred in a 1997 revival.

The latest version of the show, about an elderly man and woman who trade stories of their past as they play continuous games of Gin Rummy in their retirement home, will begin previews at New York City's Golden Theatre on 21 September (15).

Tony Award winners Jones and Tyson last appeared on Broadway together in a 1966 production of A Hand Is on the Gate.

Cicely Tyson Was Speechless By Trip To Bountiful Job Offer