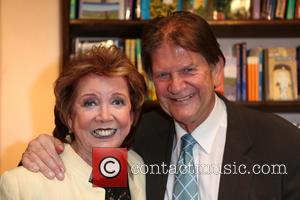 The four were among dozens of celebrities who took legal action against Rupert Murdoch's News International after it emerged his News of the World tabloid had employed a private investigator to access cell phone voicemail messages in the pursuit of stories.

Their case came before London's High Court on Thursday (22Jan15), and judges were told Black, Andre, Day and Wallace have all accepted substantial damages as a settlement.

The News of the World was closed in 2011 amid the phone-hacking furore and several former members of staff, including ex-editor Andy Coulson, were later jailed over the scandal.

We incorrectly suggested the stars were among those who took legal action against News International. The defendant was in fact Mirror Group Newspapers (MGN). The case came before London's High Court on Thursday (22Jan15), when judges were told Black, Andre and others had accepted substantial damages as a settlement.