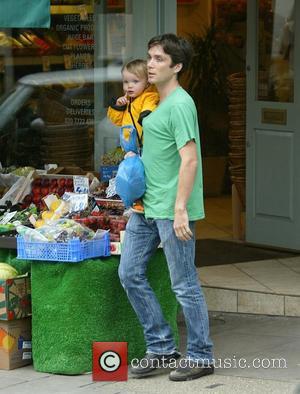 Picture: Cillian Murphy goes out with his son to the buy some groceries, wearing an anorak in case of rainfall London, England - 23.07.07

Irish actor Cillian Murphy has lost his faith in God after working on new sci-fi thriller SUNSHINE. Murphy, who heads up the annihilation of the sun in the Danny Boyle-directed movie, spent time with a number of scientists to prepare for the role - and ended up losing any belief in a bigger being. He says, "I was agnostic before this film. Now I'm very much an athiest. "Not just because I spent time with these guys - they just confirmed what I'd always suspected. "For me, the film ultimately is a battle between science and religion, or science instead of fundamentalism."