Cindy Crawford: 'I can be too independent'

Cindy Crawford has admitted she can sometimes be too independent and has to force herself to rely on her husband more. 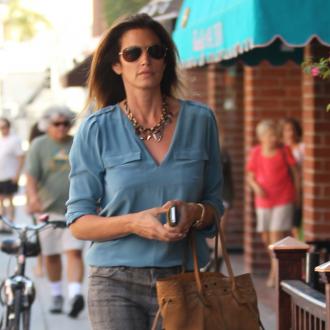 Cindy Crawford has to force herself not to be so independent.

The 47-year-old supermodel was determined not to be like her mother, who struggled financially following her split from Cindy's dad but she admitted she tries to be less independent sometimes so as not to hurt her husband Rande Gerber's feelings.

Speaking in a new episode of 'Oprah's Master Class', Cindy said: ''Unfortunately my parents, you know, were one of those couples that didn't make it. When they finally did really get divorced, my father would give my mother money every week for child support. But if he was mad at her because she'd gone out on a date or done something else, he wouldn't give her the money that week. And that sometimes meant we didn't get grocery money or gas money. And I saw that and I was like, 'This will never happen to me. I will never be in that situation where I can't take care of myself.'

''For Rande, my husband, it was hard for him to get used to me not needing that from him. But there's still places in our relationship where I have to let him get that feeling. It's okay to lean on someone. I've had to learn to back down a little bit from that and to be okay, even if it's little things. I've had to slow down, let him open the door. That feels good to him, and then guess what? It feels good to me, too.''

Cindy explained she feels grateful for her career because it has made her financially independent, even if she decided to give up work.

She added: ''I'm lucky because in my career, I am financially independent. Even if I stopped working today, I could take care of myself.''