Sarah Guyard-Guillot, an acrobatic performer in Cirque Du Soleil's "Ka" died tragically on Saturday (29th June 2013) during a performance. It is believed she fell from her harness on to the stage below.

Tragedy struck the acrobatic show Cirque Du Soleil when Sarah Guyard-Guillot, an acrobatic performer, suffered a tragic accident during a show. The 31-year-old fell from her harness onto the stage below. She was declared dead at Las Vegas University Medical Center. Acrobats performing 'Kooza' at the Royal Albert Hall in 2012.

Cirque du Soleil is an acrobatic theatre group which combines dance, acrobatics, visual effects and drama. It is renowned worldwide and is known for its daring performances.

The mother-of-two had fallen around 50 feet on to the stage below whilst performing "Ka" in Las Vegas. A visitor to the show, speaking to the Las Vegas Sun, saw the tragic accident and said, initially, the audience "thought it was part of the show". The acrobatic performer seemed to slip from her suspended harness and fell, not into the safety net, but into the pit below.

He also said the reaction of the performers was almost immediate and that there was "screaming", "groaning" and "crying" from the stage. The show stopped almost immediately and within minutes an announcement was made saying the performance was over and refunds would be issued. Performers at Birmingham's NEC arena in 2012.

Guy LaLiberte, founder of Cirque du Soleil, issued a statement saying "I am heartbroken. I wish to extend my sincerest sympathies to the family. We are all completely devastated with this news".

Guyard-Guillot was a veteran performer. She was one of the original performers of "Ka" and had performed in the show since 2006. Authorities are working with the Cirque in order to gain a complete picture of the events leading to Guyard-Guillot's untimely death. The incident is not being treated as suspicious.

Contactmusic sends its condolences to Sarah Guyard-Guillot's family and friends. An acrobat performing at a Cirque du Soleil show in Birmingham, UK in 2012. 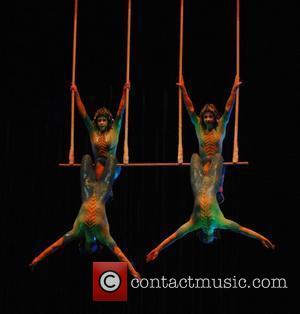 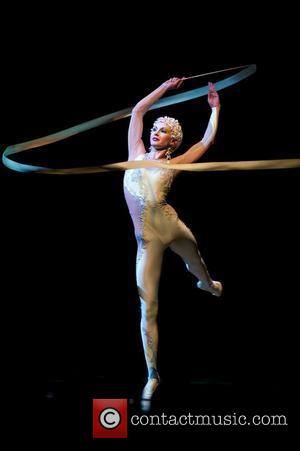