Claire Danes considered becoming an interior designer when she failed to get acting work for two years in a row. 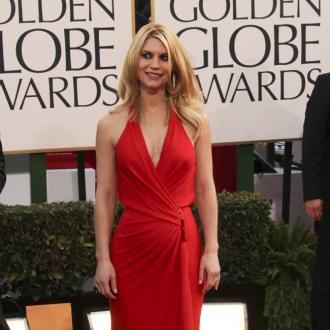 The 34-year-old actress, who stars as CIA agent Carrie Mathison in hit TV series 'Homeland', struggled during a ''grim'' two years where she was jobless, unable to land suitable roles on screen and came close to giving up acting when she thought she wasn't going to make it.

She told VOUGE magazine: ''It was confusing. I got a lot of plaudits and it didn't translate into more work. Two years of not working was brutal. It was grim. I was very hurt. A point came where I thought, 'I really like interior design'.''

The American drama, which airs its third series in the US in September, launched her career and since she has won a Golden Globe award for the Best Actress in ''one of the best nights of my life''.

The gorgeous blonde was joined by her husband Hugh Dancy and baby boy Cyrus on the night which was a ''perfect mash up''.

She recently said: ''I haven't been spending a lot of time with Hugh lately because we've been in so many different places with work, but he is the person I tell absolutely everything to. I trust him more than everyone else.''