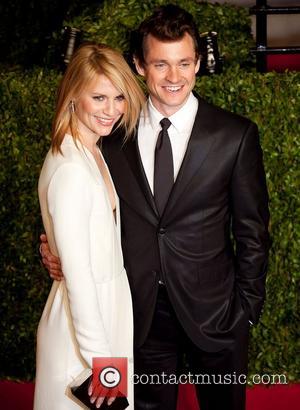 Claire Danes and her husband Hugh Dancy are expecting their first child together. People Magazine broke the news yesterday (July 4, 2012) after their representative confirmed Danes' pregnancy. Last fall, People asked the rep whether there were any plans to have a baby and the response was "there's definitely a chance, no plans yet. But yeah, that'd be fun." So it looks like the fun starts here for the Homeland star and her beau.

Claire and Hugh married each other in a private ceremony in France, back in 2009 but have waited until now to start a family. Claire, of course, has been busy filming the acclaimed TV series Homeland, for which she won a Golden Globe in February of this year. And Hugh has also been making his mark on the small screen, with an appearance as Lee Fallon in The Big C and his forthcoming performance in the Hannibal TV series. He is due to play the role of Special Agent Will Graham in the show, which will air next year.

So far, there has been no official statement from Danes and Dancy. The production company for Homeland have not made an official statement regarding their lead actresses' pregnancy but a spokesperson did inform People magazine that it is "not expected to impact the production of season two." The second season of the show will premiere on Showtime on September 30.