Claire Danes loves to attend glitzy awards ceremonies because she can have ''double dates'' with her husband Hugh Dancy and Modern Family's Ty Burrell and his wife Holly. 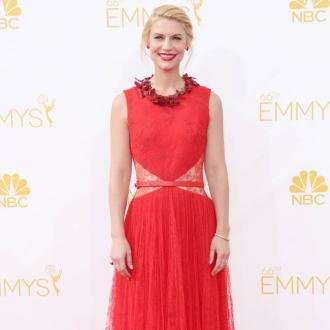 Claire Danes uses awards season to have ''double dates'' with her friends.

The 'Homeland' actress - who has 23-month-old son Cyrus with husband Hugh Dancy - insists there is no rivalry between herself and fellow TV stars, and they love attending glitzy occasions like the Emmy Awards in a group.

She said: ''There is no rivalry. If anything, [awards nights] are an occasion to catch up.

''We're good friends with Ty Burrell from 'Modern Family' and his wife Holly, and it's become a joke that the Emmys are like a vehicle for a double date - a very well-catered, black-tie version of a dinner party we keep meaning to have in our normal lives.''

One friend Claire sees a lot less of these days is Damian Lewis, who was killed off in the last series of 'Homeland' and she admits she misses his presence on set.

She added to Glamour magazine: ''I miss acting with Damian, first and foremost. He is an extraordinarily gifted performer.

''I also miss his friendship, he's a very bright, funny chap who adores his wife and kids. It's rare to find someone equally as talented as he is kind and sane.''