Claire Danes has admitted she was reluctant to return to work on 'Homeland' after having her son, Cyrus in December. 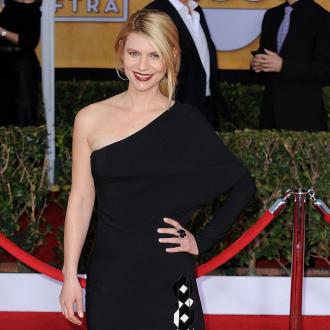 Claire Danes didn't want to leave her ''mommy bubble'' to return to work.

The 34-year-old actress and her husband Hugh Dancy, welcomed son Cyrus in December and Claire admitted she was reluctant to leave the baby to start filming season three of 'Homeland'.

Speaking at Showtime's Summer Television Critics Association tour in Beverly Hills, she said: ''I was anxious about returning. I was so in my mommy bubble and I had all sorts of exaggerated fears. But it has been great.''

While 'Homeland' often deals with dark material, Claire revealed having her son waiting for her at home helps her to leave it all behind after a day's work.

She explained: ''The material is very dark and it is so nice to come home and be jarred out of that state by this buoyant butterball -- this bundle of love.

''I have this beautiful little boy to just kind of go 'bing' and just erase it all very quickly.

[On set, our director Lesli Linka Glatter] will hold him and direct. She's literally bobbing him [in her arms] and says, 'Action.' It's very cool. It's very sweet.''

While she enjoys being a working mother, Claire is looking forward to taking some time off when she and Cyrus go to visit Hugh on the set of his show 'Hannibal' in Canada after 'Homeland' filming ends.

She said: ''It will be my turn to be holding down the domestic fort,. We feel so fortunate that we get to work in tandem like this. There is, like, a month overlap but basically it is 'his turn, my turn.'''