Claire Danes finds motherhood 'more exhausting' than being pregnant but is looking forward to spending some quality time with her son, Cyrus, and husband, Hugh Dancy, over Christmas. 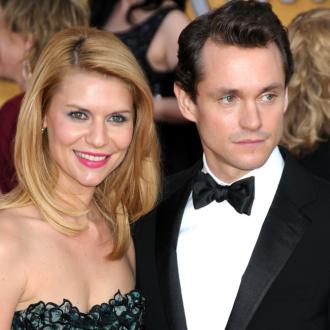 The 'Homeland' star, whose son, Cyrus, is set to turn one on December 17, is besotted with the little boy but struggles to keep him occupied now that he is getting bigger.

She told 'Live with Kelly & Michael' on Tuesday (03.12.13): ''He's the best, but I'm a little partial. I keep wondering what was more exhausting - being pregnant or having a person out in the world that I am very responsible for. I haven't decided yet. It's a toss up.''

The 34-year-old star also gushed about her husband Hugh Dancy, 38, and joked he is out of her league.

She said: ''I definitely married up! His family has a house in France. It's the family home where we got married. It sounds fancy doesn't it?''

Claire is looking forward to ''a pretty good run at domestic life'' with her family in Paris now that the third series of her drama has wrapped.

She said: ''My husband Hugh has been shooting 'Hannibal' and he has a really long break.

''We tend to celebrate Christmas with Hugh's family, Thanksgiving Day with mine. He's English but his brother and sister live in Paris.''

And the actress isn't worried about taking Cyrus on a long-haul flight across the Atlantic.

She said: ''He's a practiced flier, dude is well travelled. He's been to Morocco... he travels from Toronto to L.A. all the time.''