Claire Danes admits she was a ''messed up'' teenager because she tried so hard to project an adult image. 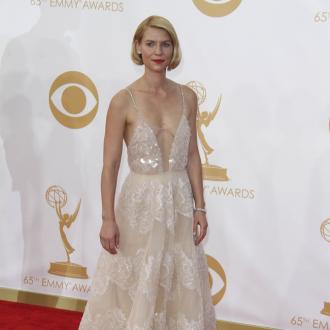 Claire Danes was a ''messed up'' teenager.

The 34-year-old actress - who has son Cyrus, 10 months, with husband Hugh Dancy - shot to fame appearing in 'My So-Called Life' when she was just 15 years old and admits she tried to hard to come across as grown up.

She said: ''I was a pretty messed up and misanthropic teenager, and it was good for me to find some good friends whom I could talk to and get rid of some of my angst.

''I was way too serious and overly concerned with trying to project this adult self. When I hit my twenties, I figured out that adults don't really have that much certainty about their lives either.''

Claire took a career break to study psychology at America's prestigious Yale university in 1998 but dropped out after two years after realising academia wasn't what she was looking for, but time out from her working life.

She explained to Britain's OK! magazine: ''One of the reasons I wanted to go to Yale was that my grandfather was once Dean at Yale University's School of Art and Architecture, and there was some sense of honouring his memory. It was an interesting time, but I realised I was there more to take a break from acting. When I later came back to LA, I felt like I was starting over again in the business, but with a more adult perspective.''