Claire Danes brings her six-month-old son Cyrus with her to the set of hit TV show 'Homeland' because he helps her unwind after a tough day of shooting the dramatic thriller. 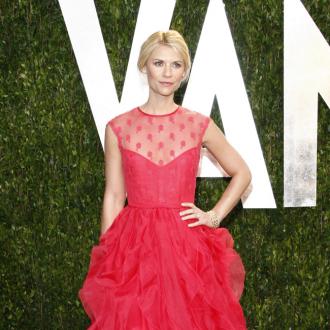 The Emmy Award-winning actress has revealed she brings six-month-old son Cyrus with her to the show's set because he helps her relax after a long day of shooting portraying bipolar CIA agent Carrie Mathison in the dramatic political thriller.

She said: ''This role is exacting and it is fatiguing but I have this beautiful little boy that can erase it all very quickly. He comes to work. One of our directors, Lesli Linka Glatter, will hold him and direct and be bobbing him while he calls the action.''

The 34-year-old beauty took instantly to motherhood and admits she was so content with being at home with Cyrus - her first child with actor husband Hugh Dancy - she feared she wouldn't want to return to work to film the hit show's third season.

She explained to The Sun newspaper: ''I'm figuring it out as we go along, but I guess I was so in my mummy bubble and so anxious about returning to work that I had all sorts of exaggerated fears. One was, 'What if I never want to work again?' But I do and it's been great.

''The material is very, very dark and it's so nice to come home and be jarred out of that by this buoyant bubble ball.''