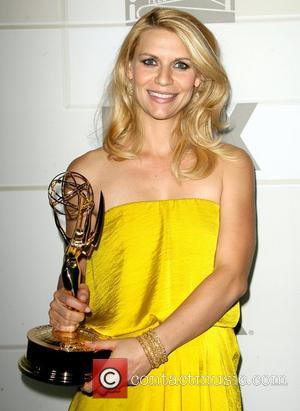 Claire Danes has had an incredible 2012 with Homeland being an enormous success, subsequently being nominated for a Golden Globe for her leading role in Homeland, and now it's been revealed that she has given birth to her first child, a baby boy with husband Hugh Dancy.

She's kept pretty quiet since revealing the pregnancy back in July, and the couple were seen just last week having lunch together in New York, reports USA Today, but again managing to keep their business quiet Claire gave birth on Monday. According to Dancy's rep. the baby's name is Cyrus Michael Christopher Dancy, perhaps the single most normal celebrity baby name we've ever come across.

Danes and Dancy have been married since 2009, both actors have had a very busy year, while Claire has been busy playing CIA agent, 'Carrie Matheson', Dancy has been appearing in a Hannibal television series in which he stars as a criminal profiler, attempting to hunt down serial killers. They'll be spending the Christmas break "getting to know [their] new Dancy", they told People- little Cyrus is probably the best gift they'll receive this year, or probably of all time.