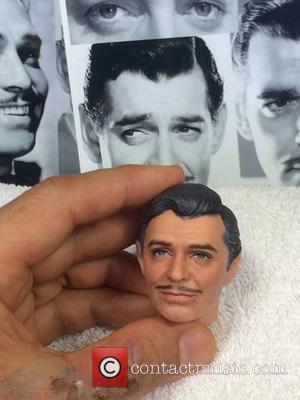 Picture: Clark Gable and Rhett Butler - Accomplishing this feat requires many photos of the famous person/character, plenty of time, and a great deal of skill......

Celebrity photographer SLIM AARONS, who created iconic images of the international jet set and their country homes, has died. He was 89. He died on Tuesday (30MAY06) from complications of a heart attack and a stroke, according to his publisher. Among Aarons' most famous images was THE KINGS OF HOLLYWOOD, a picture of Clark Gable, Van Heflin, Gary Cooper and JIMMY STEWART, laughing and sipping cocktails on New Years Eve in 1957 in Hollywood. His third collection of photos, SLIM AARONS: A Place in the Sun, was published last December (05), winning a coveted starred review from Publishers Weekly.

Clark Gable's Son: 'I Was Not Drinking Before Car Smash'