Winkleman takes over from Bruce Forsyth

The BBC’s entertainment correspondent, Lizo Mzimba said that, although Claudia Winkleman's appointment as host of Strictly Come Dancing was "not a huge surprise", it marked "a hugely significant step" for the BBC. "The new Strictly line-up is a clear demonstration of the BBC's determination to feature more women, particularly in its primetime output," he said. Claudia Winkleman is taking a key role at Strictly

Winkleman takes over from Sir Bruce Forsyth with the legendary presenter leaving after facing criticism about his age. At the age of 86, he increasingly found live television "very strenuous". She has been a part of the show since it launched in 2004, presenting the BBC Two spin-off show It Takes Two until 2011. She also presents the Great British Sewing Bee and Film 2014, as well as the Arts Show on Radio 2 in what has been a fruitful career with the BBC so far.

"I have loved Strictly since the second it appeared on our screens and I am honoured and thrilled to now be part of the Saturday night team," said Winkleman of her new permanent role.  "Working alongside Tess is always fantastic and I can't wait to spend the weekends with her, our amazing dancers and the greatest judging panel on the planet. Sir Bruce is a living legend and we'll all miss him very much."

More: Bruce Forsyth Not Up For Saturday's 'Strictly Come Dancing' After Falling Ill With Flu

Speaking about her new presenting partner, Daly said: "I'm so pleased that I'll be working with Claudia - she's long been part of the Strictly family and I've loved doing the Sunday show with her. It's really exciting having two women host the show, and we are great mates so there'll be lots of fun to be had on and off the dance floor." 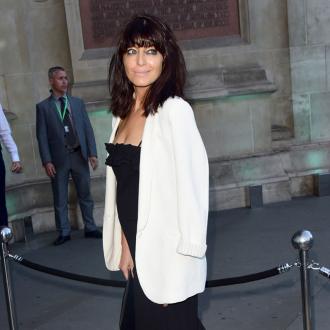