Review of Rather Be Feat. Jess Glynne Single by Clean Bandit

London quartet Clean Bandit are well on their way to landing their first number one with their single 'Rather Be' featuring Jess Glynne - and it's absolutely no surprise. We thought they were good with their quirky classical/electronic/rap venture 'Mozart's House' last year, but this new track really shows that Clean Bandit are serious. 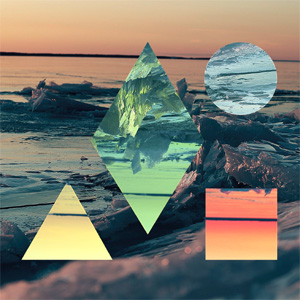 'Rather Be' is simply a mushy love song, be it about a lover, a friend or a family member, but the lyrical soppiness ('As long as we're together, there's no place I rather be') is definitely forgiven over the stunning instrumentation that accompanies it.

They've got the classical effect going on once again in 'Rather Be' with a jovial violin intro that is repeated in the chorus, but it's the flawless layering that really makes this song uniquely brilliant. It's not an unheard of structural method to individually build on sounds and instruments from the start of a song, but some electronic artists can be unjustifiably messy with their song-crafting these days. While the violin is the first sound we hear on the track, it is soon joined by the soulful vocals of Jess Glynne, then some upbeat, video game style synth blips before the slow bass kicks in.

Like all the best number ones, it has a simple melody that won't escape from your head too quickly and its distinct lack of over-elaboration really makes it stand out. The worst mistake they could've done would've been to mess around with the vocals on the track like many autotune-happy artists, but, thankfully, Jess Glynne's pipes remain as the song's centrepiece, truly giving the likes of Rihanna a run for her money.

Clean Bandit talk about finding 'inner peace' on 'Rather Be' and we're betting their debut as a number one artist will help with that. After all, this track is certainly bringing harmony to listeners across the UK.