Veteran Bbc Dj Paul Gambaccini Has Branded His Arrest On Sex Abuse Allegations A "Witch-hunt" And Revealed He Is Rooting For Pop Icon Sir Cliff Richard After He Was Also Caught Up In The Wide-ranging Probe In The U.k. 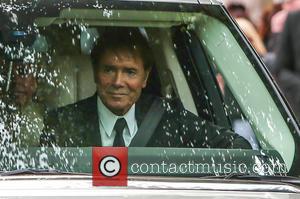 Gambaccini was last year (14) cleared of allegations he sexually abused two teenage boys in the 1980s, 14 months after police raided his home and charged him in 2013.

He was eventually told the case would not proceed because of insufficient evidence, and now he has blasted police and the legal system in Britain for pursuing sex offence charges against celebrities on the flimsiest of accusations.

In an appearance on U.K. talk show Loose Women on Tuesday (15Sep15), Gambaccini said, "It was the reverse of the Big Bang. Your life contracts to its core. And that core consists basically of your spouse and your friends.

"(The case against me) can be summed up in one sentence: I was accused of having sex with two males I've never known in my life in the decade before I started having same-sex relations... So I'm looking at this and I'm thinking, 'How dumb is dumb?'."

Gambaccini said he feared he would be caught up in the investigation into historic sex abuse by VIPs, which was sparked after his fellow BBC presenter Jimmy Savile was unmasked as a paedophile following his death in 2011, because he "could see what was happening to other people" who were being hung up "like a piece of human flypaper (to) see who you attract".

Richard denies any wrongdoing and has not been charged, and Gambaccini added, "The Cliff Richard case eats away at me every day because here is one of the greatest Englishmen of the 20th Century being persecuted in the 21st."