Sir Cliff Richard Was Feted By Stars Including Sir Elton John, Brian May And Olivia Newton John At A Special Birthday Gig In London This Week (Beg12oct15). 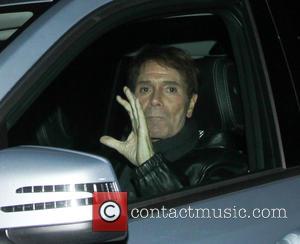 The veteran superstar turned 75 on Wednesday (14Oct15) and he celebrated by putting on a show at London's famed Royal Albert Hall venue.

During the concert, Sir Cliff performed a duet with his longtime friend Olivia, who also led the crowd in a rendition of Happy Birthday and presented the singer with a cake shaped as the number 75.

Video tributes from Cliff's famous friends were also played to the audience throughout the show, with Sir Elton and Queen star Brian both recording special messages for their friend.

The 75th birthday gig was taped and is set to be released on DVD in the U.K. before Christmas (25Dec15), while Sir Cliff, who is also a keen wine producer, has released a special sparkling beverage to mark his milestone.