Singer Sir Cliff Richard Has Been Re-interviewed By Police Investigating Sexual Assault Allegations Made Against Him In His Native Britain. 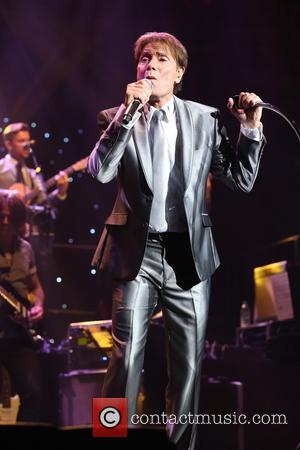 The 75 year old was initially interviewed under caution by detectives last year (14), shortly after police officers raided his home in Berkshire, England seeking incriminating evidence linked to claims of a sex crime involving a young boy in the 1980s.

Sir Cliff, who has never been arrested or charged in connection with the allegations, fully co-operated with South Yorkshire Police bosses earlier this week, according to his spokesman, who adds, "Other than restating that the allegations are completely false and that he will continue to co-operate fully with the police, it would not be appropriate for Sir Cliff to say anything further at this time."

The Devil Woman singer insists the claims he faces are "absurd and untrue".

Richard, who was vacationing in Portugal when his home was raided, has remained largely out of the spotlight since the scandal broke, but he recently returned to music with a new single and a compilation album to mark his 75th birthday in October (15).