The musical stage-to-screen adaptation has had its premiere screening. 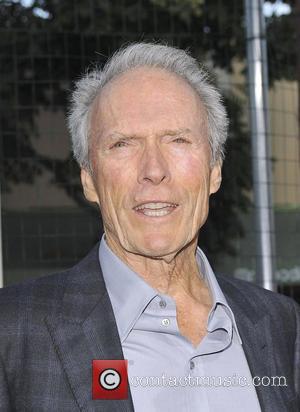 Picture: Clint Eastwood, at the world premiere of 'Trouble With The Curve' held at Mann Village Theatre. Westwood, California - 19.09.12

Jersey Boys received its premiere screening in New York City on Monday where director Clint Eastwood and the musical adaptation's cast were present and correct in sharp suits. Based on the musical of the same name, the biopic tells the story of four young men who came together to form popular sixties rock group The Four Seasons.

Eastwood may be better known for his hard-man action films but the 84 year-old film legend and music fan revealed that Jersey Boys was a passion project: "What was fun for me is that it's about musicians [...] The Four Seasons had all these hit songs, but they were juvenile delinquents! They were just guys from the neighborhood, a place where, if you were a singer, you were looked down upon as strange, unless you were Sinatra," Eastwood revealed, via The Daily Mail.

This decision was vital for authenticity, Eastwood has said: "In the old days... everything was pre-recorded and the actresses (sic) would just lip-sync, but I said, 'No, we'll just do it live' so the emotion, the facial expressions match the song," via WENN. John Lloyd Young reprises his role as Frankie Valli in the movie after originating the part on Broadway.

Young spoke of his excitement towards playing Valli in a more permanent medium, saying "I grew up watching Hollywood movies and some of my favorite movies of all time were Hollywood musicals, and my grandparents were big Broadway fans [...] And so I knew when I had the opportunity to maybe do this, how historically significant it is in Hollywood musicals for someone to originate the role in the Broadway show and to be able to reprise their role on screen," via THR.

Writer John Logan's script for Jersey Boys showed up on Eastwood's doorstep during an atypical three-year lull period after 2011's J. Edgar. After a long gestation period, Eastwood's take on Valli's rocky road to stardom is about to open worldwide.

"Hopefully young audiences will be interested in the music and they'll enjoy it too and enjoy it for the story," the filmmaker said.

Jersey Boys will be released on the 20th June in the UK and USA.