British Actor Clive Owen Has Won A Slew Of Solid Reviews For His Broadway Debut. 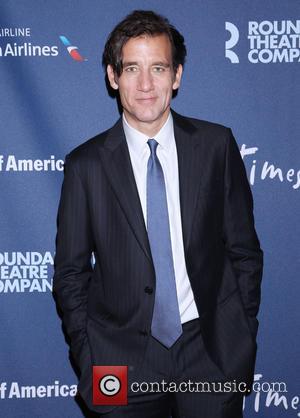 The Sin City star has taken to the stage on the Great White Way for the first time in a revival of Harold Pinter's Old Times.

The show opened at the American Airlines Theatre on Tuesday (06Oct15) and Clive has been hailed by critics for his polished performance.

Ben Brantley of the New York Times calls the cast "vibrant" and declares the Closer star has a "firm and insightful grasp" on his character.

Elisabeth Vincentelli of the New York Post praises Clive for his "confident masculinity," adding that the actors "generate such heat, you may need a cold shower after the show".

"Owen is particularly strong... his suavity just short of convincing: perfect," writes Jeremy Gerard of Deadline.com, but he is less than impressed with the score.

He adds of the music, which was written by Radiohead star Thom Yorke: "Detracting from the whole is... some introductory music by Thom Yorke that nearly had me bolting from the theater (sic) before the proceedings got under way."

Elysa Gardner of USA Today gives the play three stars out of four and writes, "Broadway newbie Clive Owen (brings) a darkly hypnotic pull to the challenging material... While looking as dapper as you'd expect in a tailored suit."

David Rooney of The Hollywood Reporter calls Clive's performance "riveting", adding, "Owen's performance is mesmerizing, revealing the tattered edges beneath the smooth exterior of a man surrendering to the knowledge that he never has had and never will have the woman he desires."

The play, which also stars Eve Best and Kelly Reilly, runs until 29 November (15).