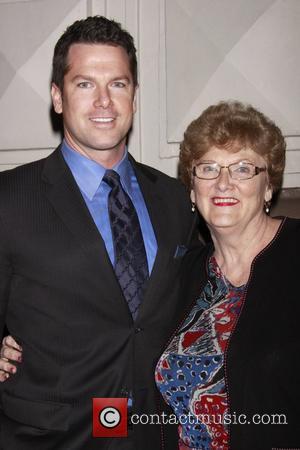 Picture: CNN reporter and his mother Opening night of the Broadway production of 'David Mamet's A Life In the Theatre' at the Schoenfeld Theatre - Arrivals....

Although CNN is sparing no expense to mount a compelling hour to replace Larry King Live at 9 00 p.m. beginning in January -- it has hired Piers Morgan to host the new interview show and veteran news producer Jonathan Wald to oversee it -- its most worrisome problem would appear to be the continued dismal showing of its lead-in, Parker/Spitzer. Nielsen Research on Tuesday reported on Tuesday that Parker/Spitzer 's ratings were down 34 percent in total audience and 25 percent in the channel's target adults 25-54 demo versus Campbell Brown's ratings in October 2009 during the same time period. On Monday, Mediaite.com asked Wald whether he had watched Parker/Spitzer and, if he had, to comment on it. Wald's reply "I have nothing to say about that at this time." Meanwhile, CNN's corporate sibling, HLN (previously Headline News Channel), saw its numbers plummet as well. Among total adults, its numbers were down 27 percent among all viewers and 35 percent among adults 25-54.