Review of Tales Of A GrassWidow Album by CocoRosie

Tales Of A GrassWidow is the fifth step in a journey that many who trace it appear to have the desire to obscure and confusticate. Whilst the American sisters have created folk of nursery rhyme simplicity, albeit coating it in colours and shades not usually associated with the genre, critics and fans have fallen over themselves to point out how 'out there' and 'against the grain' the now Paris-based duo are, perhaps to distract themselves or others from the fact that for all their promise and genre-spanning much of their output has been quite underwhelming. So is Tales Of A Grass Widow the point where Cocorosie can walk on without all this distraction? 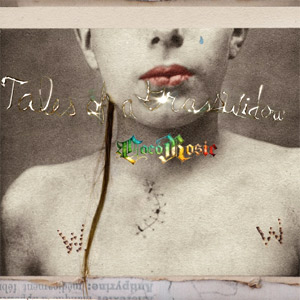 To an extent, yes. Tales Of A GrassWidow is probably at the midpoint of the expanses the band have traversed, neither as jarring as debút full-length "La Maison de Mon Reve" nor as immediate as the more ballad-leaning "Grey Oceans". It is probably their most consistent album from start to finish to date but it is still wrought with the same problems that have haunted previous releases, forefront of that being that much of what Sierra and Bianca Cassidy add to their music to distinguish it from their contemporaries ends up detracting from the inarguable raw power of it.

Case in point is 'Far Away' at the bosom of the album's middle third, where a lullaby riding on a Balearic trance synth line is coated by ever-present bursts of ill-fitting percussion and sound effects. At the heart is an undeniable beauty, but the Cassidy sisters appear at every attempt to scratch away at it. For artists such as David Thomas Broughton and Matthew Baim, for example, such hacking of an arguably tired template pays off but for CocoRosie the further they dress up the bare bones of their creations the less appealing the end result becomes, with tracks like the ukelele-led 'Roots Of My Hair' much more enticing.

Part of the issue is that the beats plugged into Tales Of A GrassWidow are so formulaic as to be at odds to the invention sculpted elsewhere, and thrown far too high into the mix to be ignored. 'Tears For Animals', featuring vocals from past-collaborator Antony Hegarty, aspires to be both a tearjerker and a floorfiller and falls short of being either due to the de rigueur 'bass-snare, bass-bass-snare' percussion template that beats the track into submission.

At the heart of Tales Of A GrassWidow is a very good album of introspective storytelling, but by the time you've pierced the skin, muscle and ribcage its hard to appreciate it. 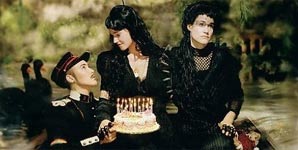